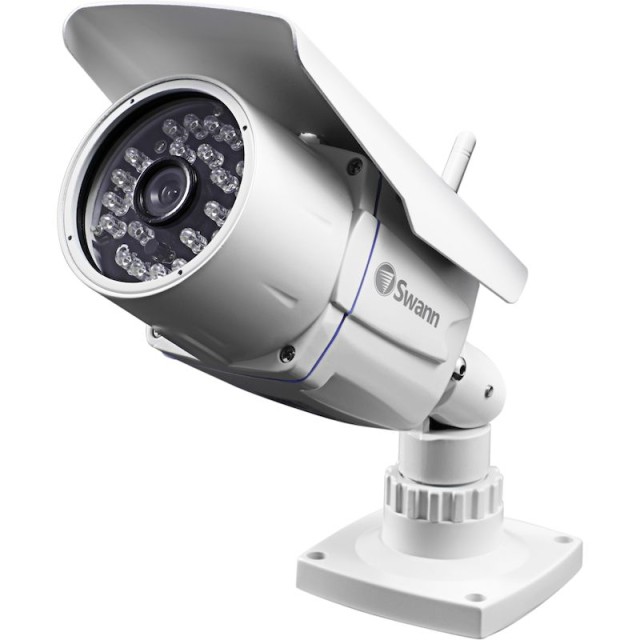 Some gadgets are unique, carving out their own nonpareil niche while eliciting wide-eyed, slack-jawed appreciation. Other gadgets swim in a thick soup of contemporaries, and stand out for their high bang-for-buck score. It’s the latter reason we mention Swann’s new SwannEye HD, a weather-resistant, bell-and-whistle-stuffed outdoor security cam priced at $180.

The bells-and-whistles include a motion sensor, night vision up to 32 feet, a microphone for hearing and recording audio, up to 720p picture quality and, of course, the ability to view live through the accompanying Android or iOS app. There’s an onboard MicroSD card slot (with an included 8GB card) for recording video and stills. You can also record to a smartphone, so long as it’s equipped with an SD card slot (so it looks like this function isn’t available to iPhone owners).

As for pricing, compare the SwannEye HD with the Logitech Alert 750e outdoor camera, which has more or less the same specs — but carries a retail price about double that of the Swann’s. Then again, Logitech’s version also has the support of their proven, feature-packed desktop and mobile apps; Swann doesn’t have a desktop app, and the performance of the iOS and Andrpid apps is, for us anyway, an unknown quantity at this point.