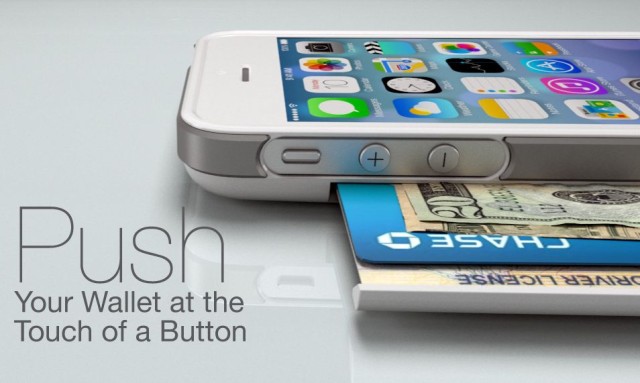 We’ve seen more than enough iPhone cases with slots for credit cards, ID or cash. But the Push wallet phone case is the first one we’ve seen with a secret compartment that hides those valuables completely out of sight.

A push button (hence the name) on the back of the case pops open a secret compartment with space for three cards or two cards and a few bills.

On the iPhone side, the Push 5/S/C case has just exited Kickstarter, and should be delivering any day now. There’s a plethora of aesthetic skins exists from which to choose, most of which are $39; a faux-wood version and one skinned with a somewhat garish space vista both go for $48 each.

Push case designer Dapperbox has switched to Indiegogo for the Galaxy S4 version of the case, and that campaign has just kicked off; looks like you can still get in at an early-bird $29 for the less-frilly versions of the case, or go all the way up to $48 for the fancy-shmancy designs. If the campaign clears $35,000 — which is half of what it bagged for the iPhone version — it’ll also be available for the S3.