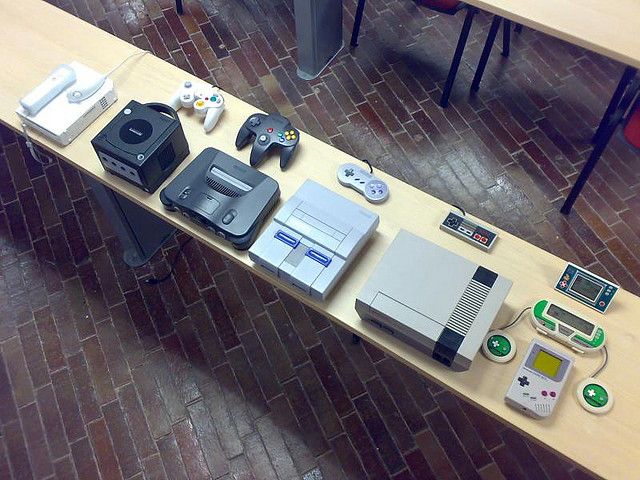 With Nintendo recently admitting that its Wii U console has flopped — slashing its sales forecasts for the device by 70 percent, despite U.S. spending on games consoles reaching a three-year high — the rumor mill has been abuzz with reports that the Japanese games manufacturer would exit the hardware business altogether, and instead focus on creating games for existing smartphones and tablets.

“We are thinking about a new business structure. Given the expansion of smart devices, we are naturally studying how smart devices can be used to grow the game-player business.”

However, expanding on the proposed “new … structure” Iwata has suggested that Nintendo won’t go down the SEGA developer route, and instead restated his Apple-like belief that good software can drive hardware sales.

Iwata noted that, “The spread of smart devices does not spell the end of game consoles. It’s not that simple.”

While Nintendo has been open about exploring smartphone possibilities in recent times, Iwata is hoping to use Nintendo’s efforts to embrace smartphones as a way of making people aware of the company’s games — hopefully leading into customers feeling impressed enough to try out the console versions of said games. What this means in a world where the company’s top-selling device is a handheld is anyone’s guess.

As a new article for the Wall Street Journal explains,

“[Nintendo’s] 3DS [console] starts at $170 per handheld, while Nintendo’s best-selling games retail for about $40 upfront, in a market teeming with smartphones games that are free to download, but encourage players to buy items to win. And whereas makers of game apps for smartphones have to pay hefty fees to Apple or Google, Nintendo gets all the revenue from the games it sells.

In defending its three-decade-old console strategy, Mr. Iwata has said in the past that the short-term benefits of the mobile-apps market weren’t worth the risk of harming the company’s strategy of combining its hardware in unique ways. On Friday, he repeated his mantra: good games sell hardware. It’s just that customers now need more convincing.”

Will Nintendo’s belief in the power of its hardware pay off?

Despite plenty of recent setbacks it’s still too early to say — although the company is not ready to throw in the towel just yet.