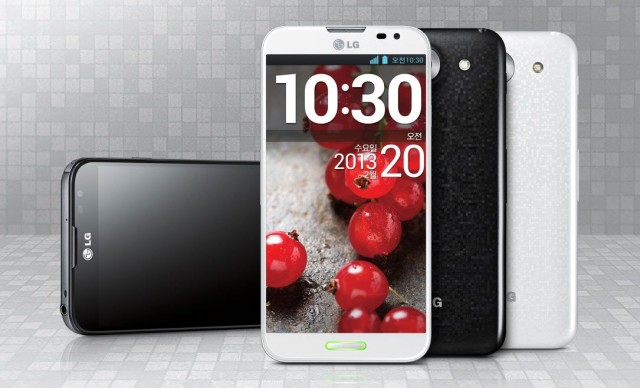 It looks like LG will be announcing a new QuickWindow cover specifically designed for its flagship phablet of 2013, the G Pro. A leaked press render reveals that the accessory will have similar functionality to that provided by the cover for the G2, allowing users to answer/decline calls, view the current weather, pause/play or skip tracks within the integrated music player and switch between a series of very elegant clock faces.

In addition to the new QuickWindow case, which is expected to go on sale for $59.99, recent rumors suggest that the South Korean multinational electronics company will also be rolling out a rather hefty software update to the G Pro, bringing with it a truckload of new functionality including the popular KnockOn feature that allows users to lock and unlock their device by double tapping on the screen.

A relatively reliable Italian publication believes that LG is expected to officially announce the availability of the QuickWindow cover for the G Pro in Korea in the very near future, and the upcoming upgrade will start being pushed to handsets over the course of the next few weeks.

Hopefully we’ll see it make its way to other regions soon.