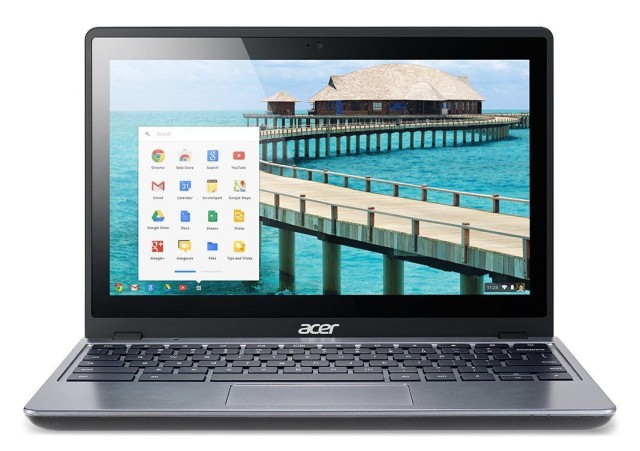 Last week, Acer announced the successor for its flagship laptop in the Chromebook series, the C720P, and now Amazon has started shipping the device with a budget-friendly price tag of $299.99.

The revamped version of the C720P packs a Haswell micro-architecture Celeron 2955U processor, 32GB of SSD storage, 2GB of DDR3 RAM, an 11.6-inch capacitive LCD touchscreen with a resolution of 1366 x 768 and 16GB of internal storage.

In terms of connectivity, the device has built-in Bluetooth 4.0, Wi-Fi, 4G connectivity, one USB 2.0 port, One USB 3.0 port, an SDcard slot and an HDMI out slot. So you’ll always have the facility to share files, connect to the internet, mirror your screen and transfer documents.

A Chromebook is the perfect purchase for anyone who uses a browser window for most of the time and mainly uses Google’s services. The Chrome OS allows users to smoothly and seamlessly create documents, edit photos, update social feeds, sync bookmarks, update maps, save contacts and reply to e-mails everywhere they go, providing they have access to the internet.

Acer previously reported that its C720P will hit the shelves in several retail stores across the United States, however, it failed to confirm which ones, although it did suggest in its announcement on its website, last week that the chromebook will be available from BestBuy mid-December.

If you wish to order the Acer C720P Chromebook on Amazon – click the source link below.