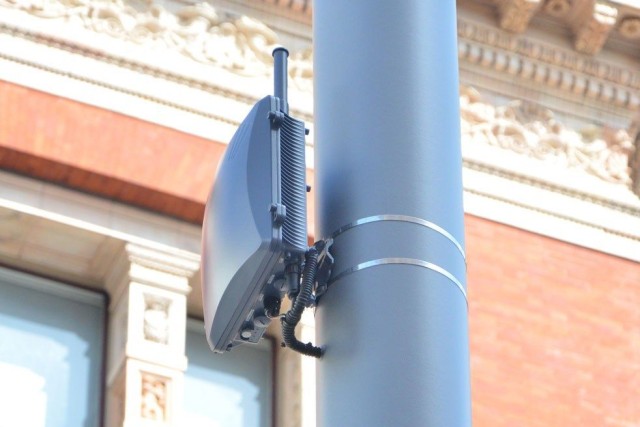 One of the great things about Google is that their goal is to get people to use the Internet more. And the only way to do that is to make the Internet better.

A better Internet that I use more is my goal, too — and yours. So there’s an alignment of interests with Google that makes them a user-friendly company, generally speaking.

Google wants people to use the Internet so badly that they are actually digging trenches and laying fiber citywide in multiple cities. They pay the wireless bills for some users in the third world (as long as they’re using Google services). And that’s ultimately why they sell Chromebooks and give away Android.

It’s all about getting people to exchange more bits with the Internet.

However, there’s another project Google could do that would literally enable hundreds of millions of people to “use the Internet more.”

Why the Mobile Internet Is So Slow

There are many reasons why connecting to the Internet with a smartphone is slower than it should be. But five of these reasons are spectacularly unnecessary, and Google could reduce them greatly.

Here are the five unnecessary problems.

1. Carrier mobile broadband throttling. “Unlimited” data plans are rare in the United States. A common scenario is that 4G bandwidth is capped, and once that maximum number of bits have been downloaded, the connection drops to 3G for the rest of the monthly billing period. The percentage of the month that users are dropped into slow and antiquated mobile broadband technology is for many users a function of how many good WiFi connections they can find. Using more WiFi means reaching their 4G cap later in the month.

4. Failure to quickly switch to mobile broadband connection from WiFi. Oftentimes, there’s a problem with a WiFi network — either the Internet connection (not the WiFi router) is offline, or the signal is weak or the user is out of range — whatever. In many cases, the phone sits there for a long time trying to use the WiFi connection without flipping over to the mobile broadband data connection.

5. Some WiFi networks are just slow. Many WiFi networks are using problematic setups, obsolete technology or are connected to the Internet over slow or overloaded connections — whatever. They’re just too damned slow.

So How Could Google Help Solve These Problems?

Google offers an app called Google WiFi Passport. It’s currently being tested only in Jakarta in Indonesia, as far as I am aware.

It’s basically a way for Android users to get low-cost or free access to WiFi that would normally cost more.

What’s cool about it is that the one app enables users to connect instantly whenever they’re in the presence of a participating WiFi hotspot.

It’s likely that the WiFi Passport project will be used in environments (like Jakarta) where mobile broadband data is paid for by the bit (disincentivizing usage of the Internet), and where Google wants to turn up the data flow.

However, it suggests a radical way for Google to alleviate those five unnecessary bandwidth performance killers I told you about.

What if Google sold a special wireless router, plus made a mobile app to go with it, which had the following characteristics:

* The Google WiFi Router is owned by Google and leased, not sold, for something under $20 per year.

* Each Google WiFi Router could be swapped out for a faster one free when new technology emerges.

* The login to the Google WiFi Router uses the user’s Google password, rather than a WiFi box owner’s password. No login is needed. If the user is logged into the app, he or she is automatically E-Z passed onto the fastest available Google WiFi Router or a mobile device’s mobile broadband connection, whichever is faster. Switching to the fastest network is instantaneous and requires no action by the user.

* Each Google WiFi Router is “owned” and controllable by a single person using their Google password.

* The owner of each Google WiFi Router is given priority over bandwidth, getting all the bits they are requesting in both directions at the maximum possible speed. Leftover bandwidth is made available to non-owners on the basis of availability.

* The ability to grant permission to use resources on the network requires permission by the owner, who has to type in his or her own Google username and password. Permission can be time-limited — granted for, say, one day or three weeks. Those without permission are provided with an encrypted connection to the Internet without any possibility of access to the owner’s home network resources. (Companies like Ruckus Wireless have already developed the ability to quickly provide secure, encrypted WiFi access on an ad hoc basis.)

* Google could pay ISPs based on the number of monthly Google WiFi Router connections they have, providing an incentive for those providers to accept and promote the use of those routers — and pay them even more if the ISP itself provides a Google WiFi Router as its default router when installing home or small-business Internet service.

Such a program would cost Google a lot of money. But they would radically increase Internet usage by solving those five problems for those with access and theoretically pay for itself with all that increased Internet usage.

Users would be incentivized because Google WiFi Routers would be very low cost, very fast, very secure and very convenient.

Google could offer to install Google WiFi Routers — and their Internet connections — for municipal governments.

Over time, these routers would proliferate — starting with Starbucks. (Google has recently partnered with Starbucks to provide fast WiFi to their stores.)

Within a year, it could become rare to be out of range of a Google WiFi Router in any building. The automatically connected, high-speed nature of them would mean much faster smartphone Internet performance and must lower reliance on the wireless carriers’ data packages.

Many users could even go without carriers, and just use VoIP for all their calls and the Internet for their “texting.”

The ultimate aim of this project would be to make super-fast WiFi neither rare nor problematic.

And that would be better for everybody.