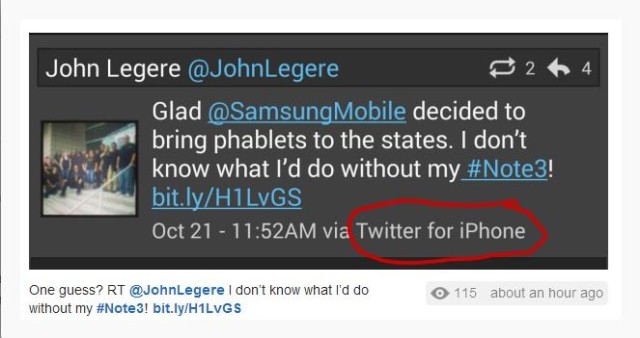 When you’re the head of one of the nation’s four largest mobile carriers, you’ve got access to a lot of phones. You’ve probably got to try them out all the time. But do you ever have access to so many phones that you forget which is which, or that the iPhone in your hand is not, in fact, a Samsung Galaxy phablet?

Glad @SamsungMobile decided to bring phablets to the states. Don’t know what I’d do without my #Note3!

Since Legere was sending the message from Twitter for iPhone, I’ll give you one guess.