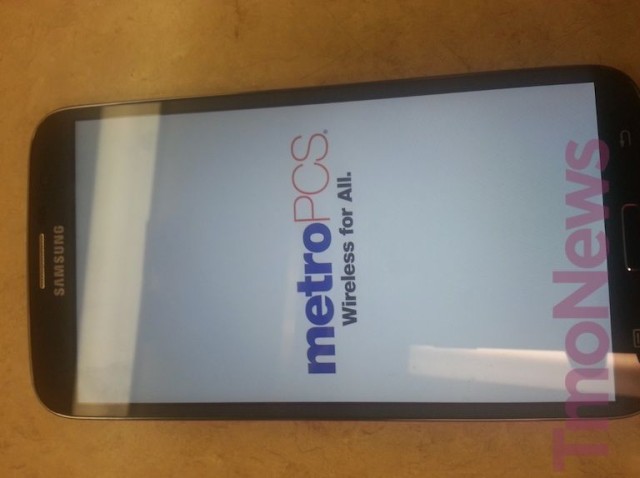 A leaked image revealing Samsung’s mammoth 6.3-inch Galaxy Mega powering-up, with a MetroPCS-branded boot logo has emerged, thus confirming weeks of suspicion suggesting that the handset is headed to the U.S. carrier. The handset is expected to ship sim-locked to Metro, however, there’s no word on whether it will eventually make its way to T-Mobile or not.

The device ships running Android 4.2.2 Jelly Bean, with the latest version of Samsung’s TouchWiz UI plastered over the top.

At this precise moment in time, there’s no news as to when the device will hit stores, but recent speculation suggests that it will be sometime before the end of the month.