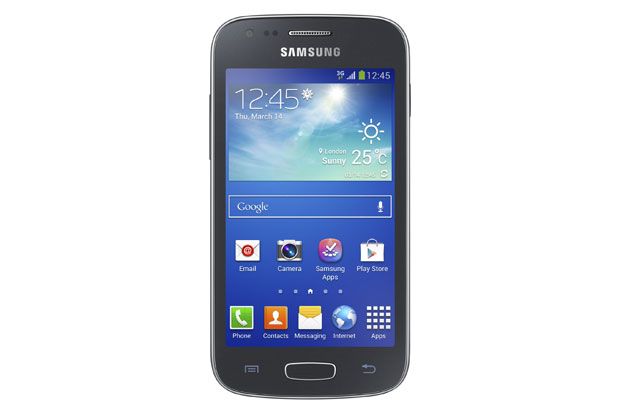 Samsung unveiled the Galaxy Ace 3 back in June, as the successor to its immensely popular entry-level Android smartphone, the Galaxy Ace 2, and on Saturday the South Korean company officially announced that the handset is now available to purchase from “select retailers” in the U.K.

In a press release on Friday, Samsung confirmed that the Ace 3 will launch first on EE, and be available from independent retailers, including Carphone Warehouse, Phones 4U and Tesco.

The Ace 3 is a respectable entry-level handset, packing a 4-inch WVGA TFT capacitive touchscreen, a 1.2GHz dual-core Cotrex A9 processor, a Broadcom VideoCore IV GPU, 1GB of RAM, 4GB (3G)/8GB (LTE) of internal storage (expandable up to 64GB via microSD) and a 1,800 mAh battery.

The device ships running Android 4.2 Jelly Bean with the latest version of Samsung’s TouchWiz UI plastered over the top.

If you wish to find out more about the Ace 3’s debut in the U.K. – click the source link below.