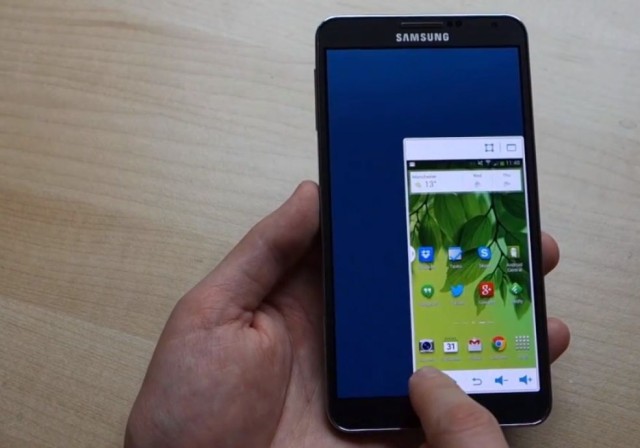 Samsung has reputation of making smartphones with screens bigger than the Hindenburg and the newly released Galaxy Note 3 is no different. With a 5.7-inch display the Note 3 is one of the most monstrous phablets ever built, which is cool if you’re using it as a tablet, but really sucks if you’re trying to hold it in one hand and make a phone call.

To make things easier on its single-handed users, Samsung has included a hilarious new tiny screen mode feature called “Use for all screens” that shrinks the UI of the phablet down to a window that’s small enough for you to use with one hand. To make things worse you’ll have to dive deep into the settings to toggle the tiny screen mode. The only other option was to shrink the size of the actual device, but rumor is Samsung decided that’d be too elegant.

Here’s a video by Android Central on how the setting works: