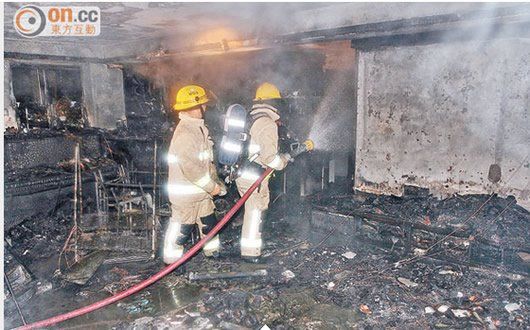 Using a smartphone in China has become a dangerous task the last few weeks. First, we started hearing reports that iPhone users were getting electrocuted by their chargers, and now a Samsung S4 has allegedly devoured an entire apartment with a fireball explosion from its battery.

Mr. Du was just sitting around playing a intense game of Love Machine (not a joke) on his Galaxy S4. Suddenly it exploded into flame. Scared as shit, Mr. Du tossed the flaming phone across the room, where it landed under his flammable sofa and burned the entire apartment down. At least, that’s what Mr. Du told authorities.

Thankfully, Mr. Du and his wife made it out of their Hong Kong apartment alive and no one was hurt by the exploding Galaxy S4. Du says that he was using all official Samsung gear, but thanks to the massive amount of damage to his apartment it’s going to be hard to tell if he’s being totally honest.

Samsung says it’s looking into the matter and will run a chemical analysis on the burnt rubble to see if it really came from a Samsung Factory.

Here’s another pic of the damage: 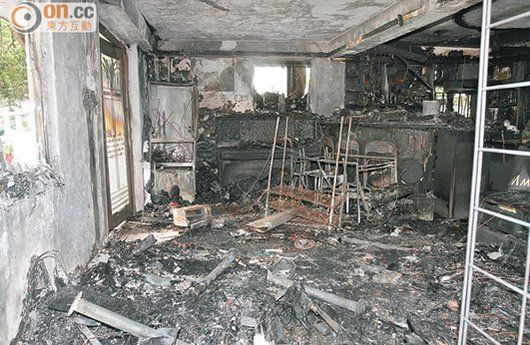