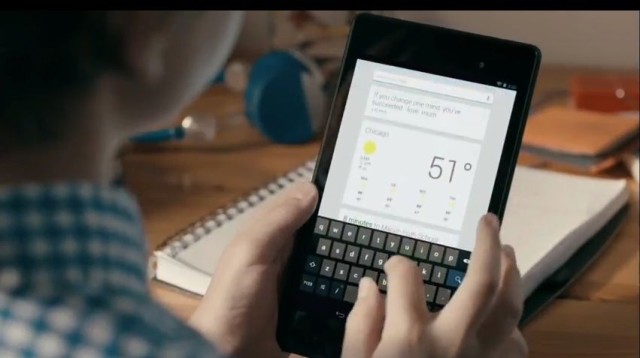 The new Nexus 7 was showcased yesterday, and Google overwhelmed us with an abundance of new features the device will support. It quickly became evident whilst watching the press event that the team at Mountain View have targeted the student market and are promoting the new features to appeal to both students in lower and higher education.

Possibly the most appealing element of this device is its affordability, with a 16GB model going on sale for just $229. If you are, or were, a student you probably know just how hard it is to organize and budget your allowance, more often than not resulting in you not having sufficient money left over to purchase any luxury items; that’s why you have to consider Google’s new Nexus 7 as an investment.

You pay a one-time fee of $229 to purchase the device, which effectively saves you money in the long run as you don’t have to fork out $15-$25 each on multiple thick, heavy textbooks to carry around campus; thanks to Google’s newly developed textbooks on Google Play service.

This new feature will enable you to purchase or rent books (for a cheaper price) to store on your device where you will have the ability to annotate and highlight text, making your notes clearer and easier on the eye.

The book rental service will permit students in higher education to pay a reduced fee of up to 80% off the retail price of a hard copy, for 6-months unlimited access to a textbook. Once a book has been downloaded and saved to a user’s device, they will have the capability to search through the text, place a bookmark where they last read up to, and create notes within the book.

Textbooks on Google Play Books will go live at the beginning of August.

The crisp 7-inch display with its 1920×1200 HD resolution makes the Nexus 7 a perfect reading implement because it automatically adjusts the screen’s brightness to correlate with its lighting environment, resulting in the device always displaying a perfect balance of brightness, contrast and color.

The device also features a night-mode which can be activated at any time in order to ensure that you do not disturb your roommates. The new display will no doubt be fabulous for watching videos, whether you’re watching a lecture on TED or watching a video on YouTube, it will look just as brilliant on the 1080p full HD screen.

Bearing in mind the size and price of the Nexus 7, I believe that it could be the perfect companion for any student — particularly when you consider that Google Play is now home to more than 1 million apps, and growing at an incredible rate.