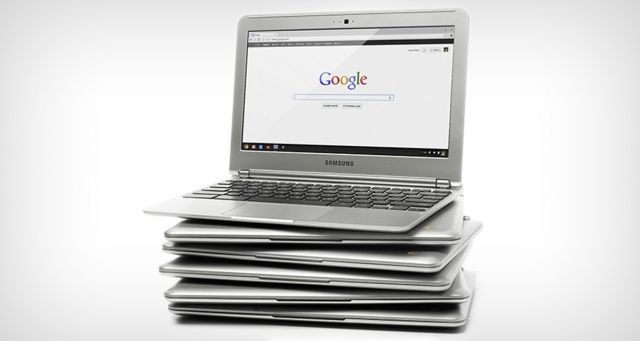 Gone are the days where Chromebooks could only be purchased via Google Play, Amazon, and Best Buy. Last night, Google announced that it will be expanding retail availability of its trademark laptops to almost three times the number of stores.

Announced this week, and available today, Walmart will carry Acer’s low-end Chromebook which comes in at just $199.

Starting from this weekend, Staples will carry HP, Acer, and Samsung Chromebook models in every one of its U.S. stores, as well as online, or through the Staples Advantage B2B program (if buying for enterprise purposes).

In the coming months, Office Depot, Office Max, TigerDirect and Fry’s will all carry Chromebook’s, however, as of yet the exact models have not been announced.

Google is also expanding the availability of Chromebooks in the another 10 markets worldwide, such as Dixon’s in the U.K., as well as new stores in France, Sweden, Australia and the Netherlands. It will also be announcing new countries later this year.