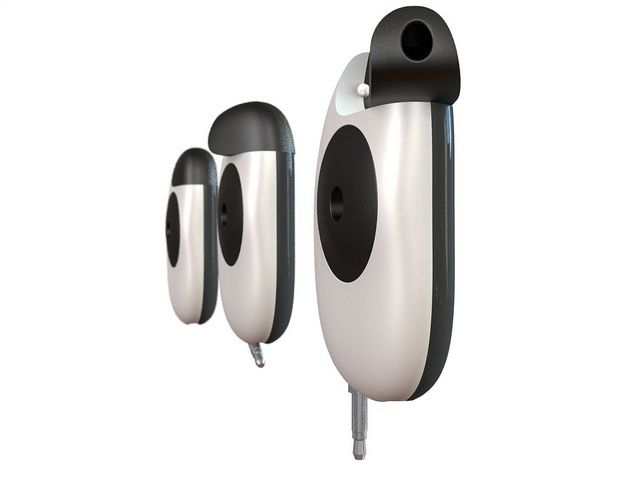 The makers of Floome, a new breathalyzer dongle that clips into a smartphone’s headphone jack, say their gadget is more accurate than the Breathometer breathalyzer we featured in March, because Floome is equipped with a key ingredient missing from the former: a flowmeter.

2045Tech, the outfit behind Floome, says on their Indiegogo page that the flowmeter they use is “the same sensor as law enforcement breathalyzers.”

Floome’s precision hardware is combined with an Android, iOS or Windows app that can tell its alcohol-guzzling user how long before he’s sober, or when he should test again. The app will even learn how its user reacts to alcohol over time, so it can predict when BAC drops below the level safe enough for driving legally. Or it can point the user in the direction of a cab.

The Floome also has a fold-away mouthpiece, so there’s no mouthful of pocket lint (or worse).

Neither of the apps have hit their respective stores yet, and the Floome itself is only slated to ship in October. There’s only four days left before the dongle’s Indiegogo campaign ends, though, and there are still several dozen slots left that’ll nab you a black Floome at $65 (which isn’t much off the standard price of $69).