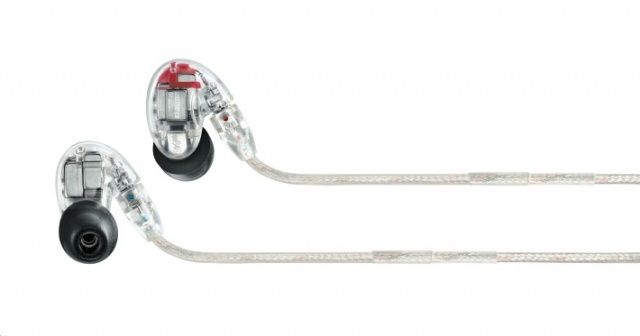 It’s strange to think that, till now, as big a high-end audio player as Shure has had no answer to the extravagant, big-gun, flagship in-ear monitor models of its rivals — models like the Ultimate Ears 18 Pro Custom, or the JH Audio JH16 Pro.

But now they do — big time. The new SE846 extends Shure’s highly regarded SE line well beyond the SE535, previously their top, most expensive IEM.

Three key elements raise the SE846 above the 535. The first (and least interesting) is the inclusion of four drivers per ear, instead of the 535’s three. The second is what Shure says is “a groundbreaking low-pass filter, a true subwoofer that enables deep low-end performance without sacrificing clarity or detail”; tiny speakers like those found in IEMS often have more of an uphill battle when trying to reproduce deep bass. Finally, the SE846 is unusual (especially for such a high-end set) in that the treble can be customized to one of three different sounds: “balanced, warm or bright.”

The there’s the fourth key element that raises the SE846 above the SE535 — price. At $1250, the SE846 is more than double the price of its junior sibling. And that’s without the custom earpieces of the JH16 or the UE 18 Pro, both of which sport around the same MSRP as the SE846.

Shure says the new set will be available in June.