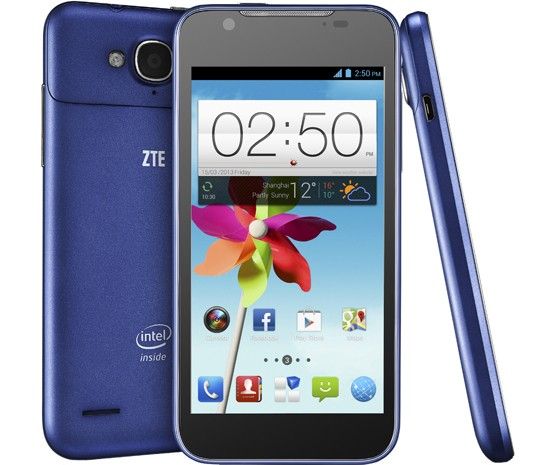 ZTE has today announced its latest collaboration with Intel, the Grand X2 — and what a device it’s destined to be. It features the latest in Intel technology — yes, that’s right, a CloverTrail+ processor! The CloverTrail+ is capable of capturing 24 HD pictures per second, so it’s incredibly powerful.

There’s no way this device is going to compete with today’s latest flagship devices, such as the Galaxy S4, the iPhone 5, or HTC One. However, the Grand X2 does have some cool features that make it a winner, the most recognizable is its camera, which is more than capable of providing 24 frames-per-second, zero shutter lag and image stabilization.

ZTE’s Grand X2 also features built-in audio enhancement technology and a WiDi (Wireless Display), which enables users to wirelessly stream content between connected media devices – this is another possible feature which enables the Grand X2 to potentially compete with the latest flagship devices.

The Grand X2’s full list of key specifications can be seen below, taken directly from ZTE’s official press release.

To find out more, be sure to hit the source link below – to be taken to the GSMArena’s overview of the Grand X2.