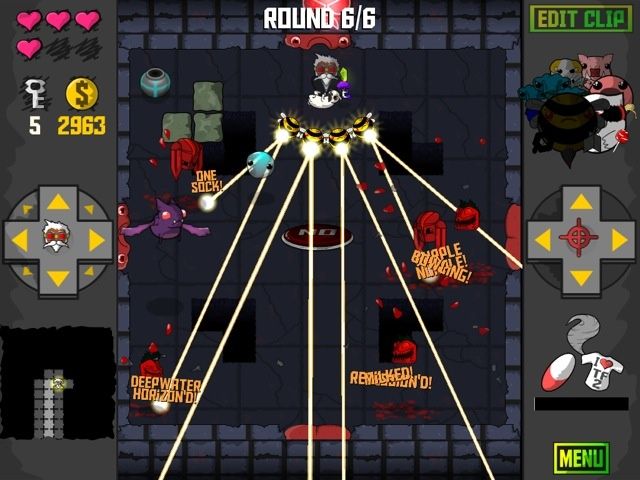 We’ve heard before that piracy is just killing Android developers. It’s such a wide scale problem that some devs are finding little incentive, between piracy and fragmentation, to actually release their games on Android.

Sadly, the problem doesn’t seem to be getting any better. Another developer has just released details on the massive problem they are having on Android with app piracy. How bad is it? Piracy on Android outnumbers iOS piracy by fourteen to one. Woof!

Developers >Butterscotch Shenanigans recently released a game called Towelfight 2 on both iOS and Android. On both platforms, the game cost $0.99. On iOS, about 5% of all users pirated it, numbeing about 2,438 copies. On Android though? 34,091 copies were stolen.

Obviously, lost sales are a factor here, but as Butterscotch Shenanigans point out, the widescale piracy of their app on Android has effectively prevented them from marketing it in any way.

While it’s great that the pirates are playing the game, and we’re happy for the exposure, they are operating “off the grid”. That is, our app rank doesn’t jump up in the app stores when a pirate downloads it, they can’t review it, and they tend not to contact us for support if something goes wrong with the game. They play the game in the shadows.

In other words, pirates are robbing Butterscotch Shenanigans of even the reward of being contacted by a player who likes their game, even if they did steal it.

For Butterscotch Shenanigans, the lesson here is there’s no point charging for a game on Android. Freemium’s basically the only method in which they can make money or gain exposure. So there’s the effect on games that piracy brings: instead of rich games that cost a token amount up front, the only way for devs to make money is to make shallower games that charge you for base features and virtual goods instead. Sad.