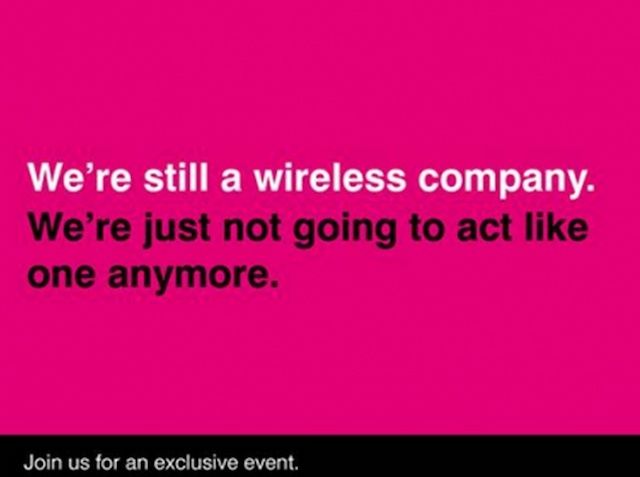 T-Mobile has been relegated to being America’s #4 U.S. carrier, thanks to it’s failed acquisition deal with AT&T. Apparently, the company has some big plans to put it back in the spotlight though.

T-Mobile just sent out invites to an exclusive event on March 26th in New York, where it is expected to detail plans to change its wireless business.

T-Mobile has been working to launch its own LTE network this year and already has a few cities that are ready for customers. Along with the new network, T-Mobile announced late last year that they’ve secured a deal with Apple to sell the iPhone in 2013.

It’s unlikely that the T-Mobile event will include the revealing of when the carrier will start to sell the iPhone, but maybe it will announce unlimited data plans and price points that will make it more competitive with AT&T and Verizon.