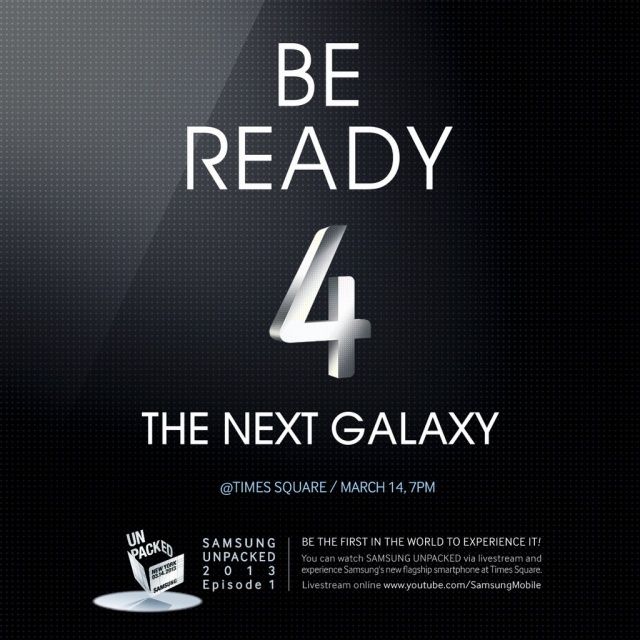 Earlier today Samsung’s official Twitter account tweeted an invite for the next Galaxy phone’s launch event. The teaser says “be ready 4 the next Galaxy” and includes date and time information.

This if the first time Samsung has launched a new phone stateside in several years. The device will be the Galaxy S IV and it should run Android 4.2 Jelly Bean.