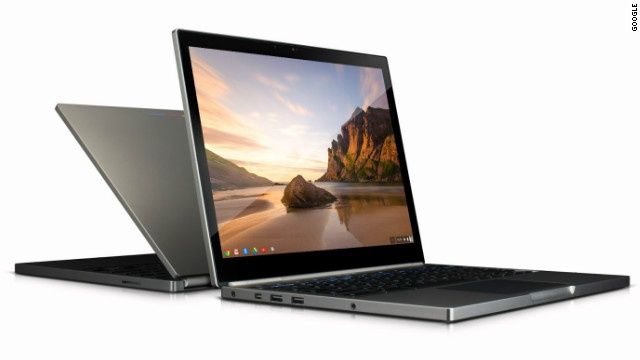 Google announced its first computer yesterday, the ChromeBook Pixel. Yes, they’ve had ChromeBooks for a few years now, but this is the first computer product that was made solely by Google.

Over the past few years we’ve seen service and software oriented companies like Google, Microsoft, and Amazon venture into hardware development. It’s left many people scratching their heads, as we wonder why these companies want to shift their focus to hardware when they’ve dominated by just offering great services? Asymco’s Horace Dediu is pretty sure he knows the answer, and it all comes down to money.

You see, even though Google, Amazon and Microsoft are all very successful, their profits are nothing compared to Apple and Samsung’s. The company making the most off Android isn’t Google right now, it’s Samsung.

“Apple and Samsung tower over the fortunes for software only Microsoft or service-oriented Google and Amazon. Although all companies are growing, the value, as defined by the buyer, resides in the whole product. Putting aside all the theory, the numbers are staggering.” 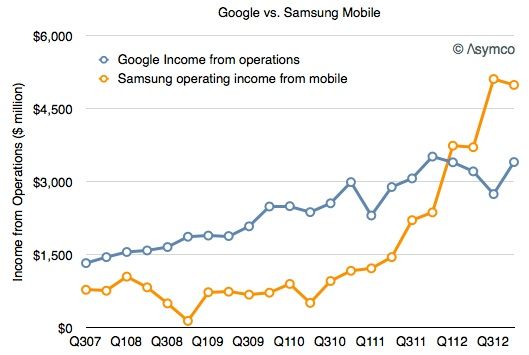 Google, Microsoft and Amazon aren’t particularly good at generating profits the way Apple and Samsung are. In order for those companies to dominate the tech world, they need to start pushing their own hardware. It’s why Google introduced the ChromeBook Pixel yesterday. It’s why Amazon has moved the Kindle from a cheap eReader, to a high quality tablet over the last few years. And why Microsoft is feeling the pressure to make a great tablet of their own.

If Google and Microsoft want to catch up to Apple’s profits, they’re going to have to start operating more like them and offer completely integrated products. Come to think of it, those rumored Google Stores are starting to make a lot more sense after all.