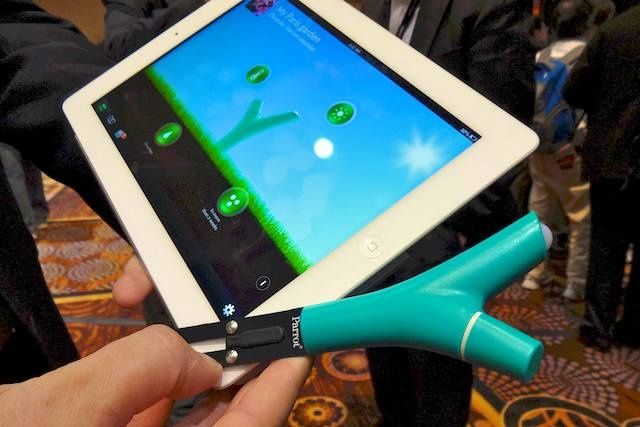 LAS VEGAS, CES 2013 – What do a four-rotor, remotely-piloted vehicle, touch-screen car audio and a little, Bluetooth-armed facsimile of a plant stem have in common? Not much. Yet they’re all concoctions from French-based Parrot; the latter is their newest gadget, a sensor-laden gardening device they’ve named the Flower Power.

Once the little green stem is planted in soil it begins gathering and sending all kinds of information, via low-energy Bluetooth 4.0, back to your device: amount of sunlight, humidity, temperature and soil salinity (which tells you how well fertilized the soil is).

The Parrot folks say it has a range of up to 50 feet, so it’s possible to stick sensors in your lawn and still have the info streamed back to a phone or tablet in your living room.

The accompanying app they showed me had a really slick, attractive interface, and a large plant database; once you selected the monitored plant from the database, the Flower Power can then prompt you to change the variables it measures, like adding water or sunlight. It’s a pretty unusual application of Bluetooth tech, and a nifty idea. No word on pricing, and the releas date is a vague “2013.”

The other big news is that Parrot also augmented its AR.Drone 2.0 with three big improvements.

The first is a beefier battery that increases the copter’s flight time 50 percent, to 18 minutes. They’ve also improved the quality of the video the Drone shoots, with better creative control (they’re calling this Director Mode) and image stabilization. The last addition is a GPS accessory that can be loaded onto the Drone, which can record its position for later retreival; think airliner black-box. Again, same pricing and availability info as with the Flower Power. 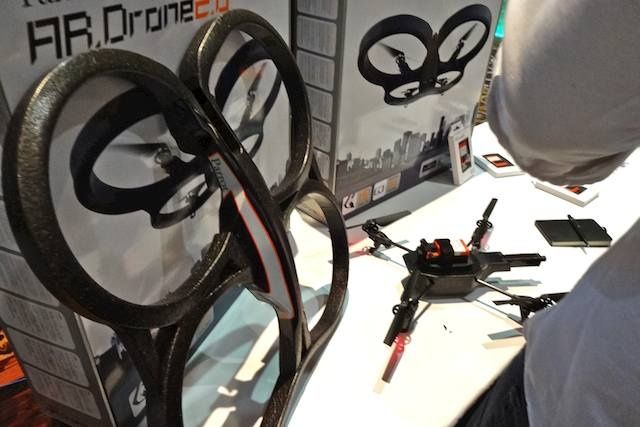