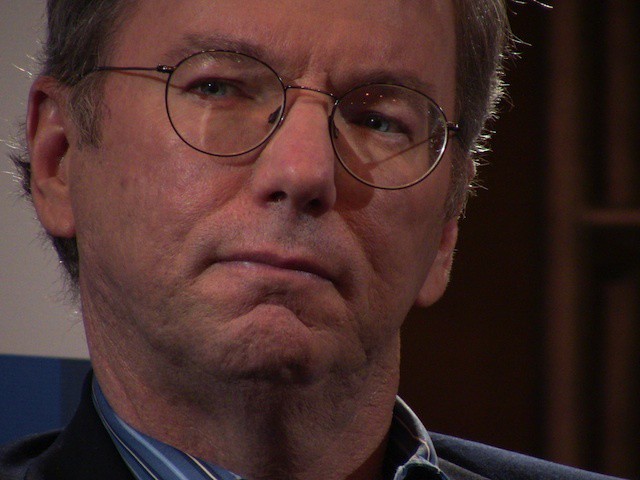 In the battle of the mobile platform wars, Android has been extending its lead over Apple’s iOS platform at a steady rate for over a year. Google’s Chairman Eric Schmidt believes that the battle between Android and iOS is similar to Microsoft’s desktop expansion in the 1990s.

Schmidt say down with Bloomberg to talk about the mobile war with Apple and said that with 1.3 million new Android devices being activated per day, he thinks it’s pretty obvious that Android is winning now.

In his interview, Eric Schmidt said,

“This is a huge platform change; this is of the scale of 20 years ago — Microsoft versus Apple. We’re winning that war pretty clearly now.

The Android operating system is given to hardware partners for free, with Google hoping the sacrifice will drive demand for ads and other Internet-based services in the future. The latest analysis of the mobile wars show that Google’s strategy seems to be working. According to Gartner Inc, Android enjoys a 72 percent share of the market while Apple only has 14 percent.

While discussing social networking, Schmidt claims that Google+ now has over 100 million active users and that it’s a “viable competitor to Facebook.” Schmidt’s hour-long interview also touched on topics such as taxes, the economy, and other competitors like Amazon and Netflix. To get the full run down, head over to Bloomberg.