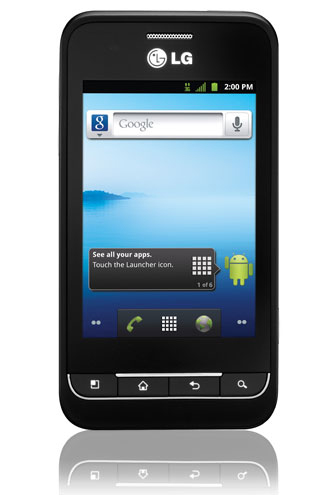 The LG Optimus series made quite the rounds last year, and it seems it will be getting a successor in the year 2012. The LG Optimus 2 has shown up on LG’s official site, and while there aren’t too many specifics, what is does show, is, well — underwhelming. According to what’s currently listed, the LG Optimus 2 is sporting:

Not exactly the type of 2012 specs you’d expect to see from a mobile device, maybe they’re shooting for the low-tier budget phone genre? The design isn’t that attractive either, with what appears to be large unattractive hardware buttons on an even larger bezel. Keep a look out at CES for this one, and maybe by then, the specs will have changed.