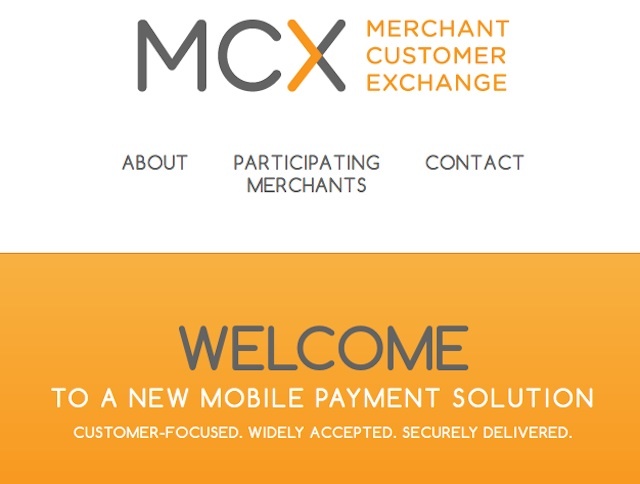 In a move that makes the Square/Starbucks partnership announced last week look like small potatoes, a group of national and international retailers announced plans to develop their own mobile payment network complete with mobile apps and digital wallet functionality. The move seems almost certain to shake up the nascent mobile payments market where a wide range of companies and organizations have been trying to figure out the secret sauce that will turn mobile payments into a mainstream retail system for the past couple of years.

The Merchant Customer Exchange or MCX, as the new company is known, plans to deliver a solution that offers convenience in both making purchases and in receiving customizable offers from retailers. Development of a mobile app and payment network are underway, but MCX has yet to announce any details about either the app or its network.

As a whole, the companies process about $1 trillion in transactions each year. MCX also claims that they reach virtually every U.S. smartphone owner to some extent.

That gives the group more clout and market power than even the biggest names currently in the mobile payments industry – an impressive feat given that the industry’s active players include Google, PayPal, and Isis (a consortium composed of AT&T, Verizon, and T-Mobile focus on smartphone payments) as well as startups like Square and restaurant/bar payment broker Tabbedout.

It’s worth noting that none of the companies mentioned in the MCX press release (PDF link) are partners in PayPal’s in-store purchasing system that was introduced this year and that none of the restaurants owned by Darden Restaurants (Red Lobster, Olive Garden, LongHorn Steakhouse, The Capital Grille, Seasons 52, and Eddie V’s) are partnered with Tabbedout.

Apple is also believed to be eyeing the industry with ambitions to enter it at some point in the future. That wouldn’t be much of a surprise given that Apple has a massive payment system in place as part of the company’s iTunes Store, the fact that Apple retail stores now allow buyers to purchase accessories using just their iPhone and without any interaction with retail staff, and the assumption that the Passbook feature in the upcoming iOS 6 release is really a stepping stone into a broader mobile payment goal.

Although the move is being played as a consumer-first and merchant-second move, it seems likely that the retail industry is trying to prevent being disrupted in the ways that companies like Apple, Amazon, and Netflix have disrupted other major industries including the music, publishing, and movies/TV industries over the past decade.

Whether Americans buy into the strategy and whether MCX has the power to outmuscle the competition remains to be seen. As with any success in mobile payments, MCX will need to ensure that its solution is simple, secure, available to virtually all smartphone users, and prevalent enough that people will feel comfortable in being able to make purchases even if they don’t have their wallet.