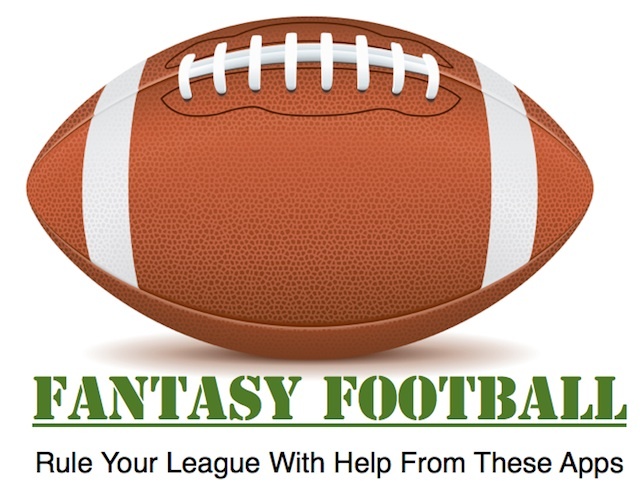 Don’t start your fantasy without checking out these great apps.

The NFL pre-season games are almost upon us with the regular season not far behind. If you’re a fantasy football fan, that means it’s time to join a league (if you haven’t already), research and plan your draft choices, and pick the apps that you’ll use over the course of the season to track all of your key player and team stats as well as to manage your team.

The right tools can make or break a successful season. Here are some of the best apps out there for iOS and Android that can help you keep track of everything and manage your team’s lineup on the go.

Let’s start by breaking down the types of tools that help ensure fantasy success over the course of the season. There are the apps that let you manage your team – shift your starting lineup, drop players and add free agents, propose trades, and engage in some trash talk with your competitors. Then there are apps that keep you plugged into all the NFL action over the course of season. There’s also a great range of apps to help you research and plan your draft choices, which I’ll be taking a look at next week.

The vast majority of us play in online leagues and there are a few major fantasy sites that host leagues. The top online fantasy hosts include the NFL, ESPN, Yahoo, My Fantasy League, CBS Sports, and Fox Sports.

Each site has a slightly different feel, but the basic features are pretty similar across all of them. With the exception of CBS Sports and Fox Sports, each site offers its own mobile app that you can use to track your team in real-time as well as to make changes to your lineup. The features available in these apps varies from one site to another. A couple of third-party apps are also available that can manage teams hosted by these sites. 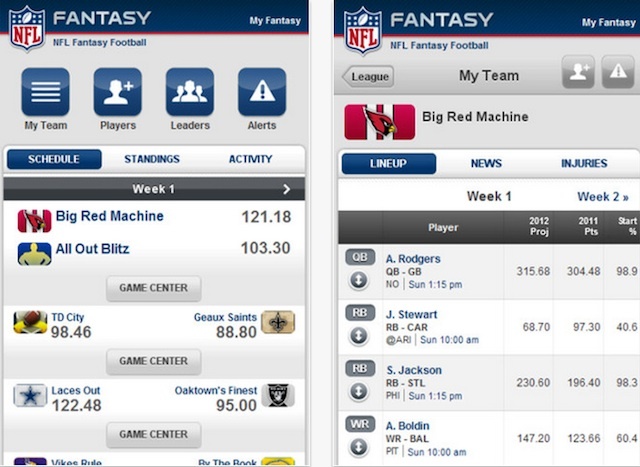 The NFL’s fantasy app is all about the core team management features.

If you haven’t yet joined (or created) a league and you expect to be managing your team(s) primarily from your mobile device (iPhone, iPad, Android handset or tablet), you may want to consider the available apps and features in choosing a site and league.

Here’s a quick breakdown of what the apps for each site offer: 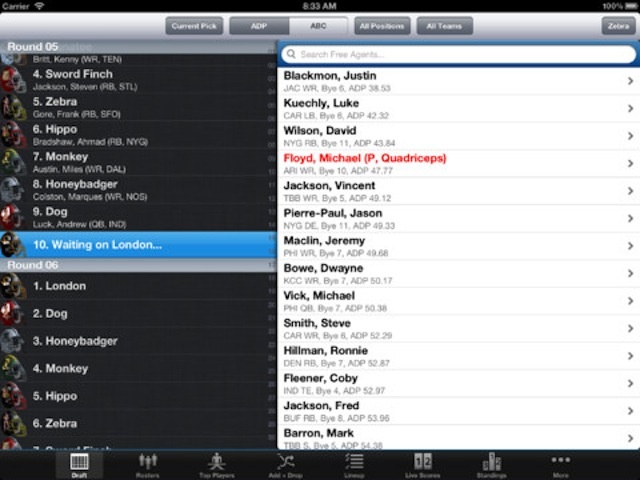 My Fantasy League’s app lets you draft from your mobile device.

In addition to the official fantasy apps from each site, Fantasy Monster Pro is an app that allows you to manage fantasy teams for leagues hosted by both ESPN and Yahoo. It is available in separate phone (Android | iPhone) and iPad versions and includes live scoring, lineup management, player transactions (add/drop/trade), player news, support for multiple teams, and league message boards. It also supports a range of fantasy sports beyond football including basketball (NBA), hockey (NHL), and baseball (MLB). If you’re just looking for a fantasy football app, a phone-only  version called Fantasy Football ’12 – for Yahoo/ESPN is also available (Android | iPhone)

Each site that hosts fantasy leagues offers users snapshots of player information and projections for how each player is expected to perform in an upcoming game. That’s useful information, particularly when you consider that the projections are based on each league’s scoring rules, but it’s typically very thin slices of data. If you want to get a broader picture, like how the matchup of a given game is likely to impact a specific player on your team, you’ll want a good deal more news and/or advice.

Let’s break down the options for that in-depth news into two categories – one that focuses on fantasy-specific news apps and another that contains apps that are great for any football fan because they help your follow the NFL season overall as well as track your favorite teams.

Resources for Any NFL fan 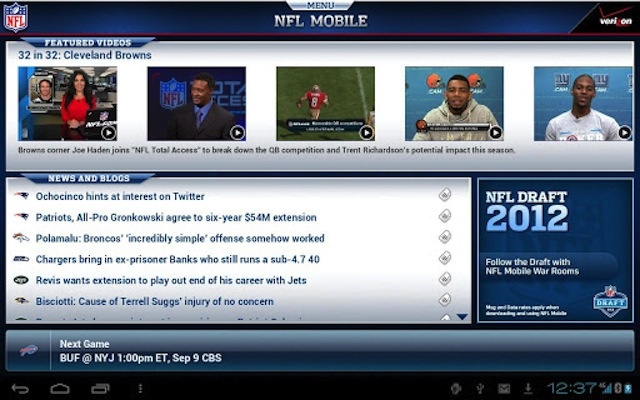 Verizon’s NFL mobile has great features for V-Cast subscribers, but it also has limitations. 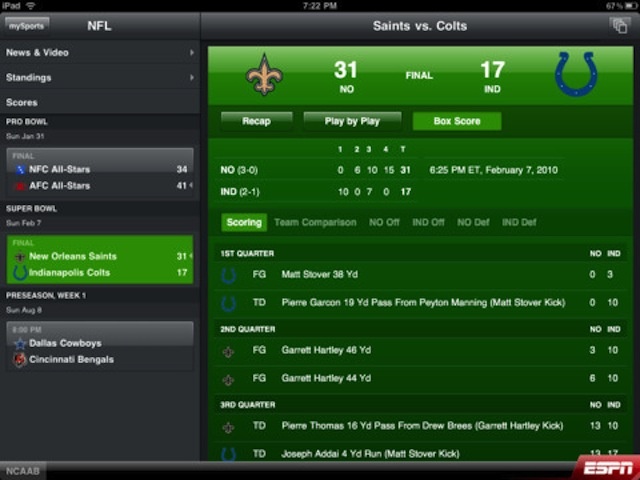 ESPN ScoreCenter is a great app for fantasy users and sports fans alike.