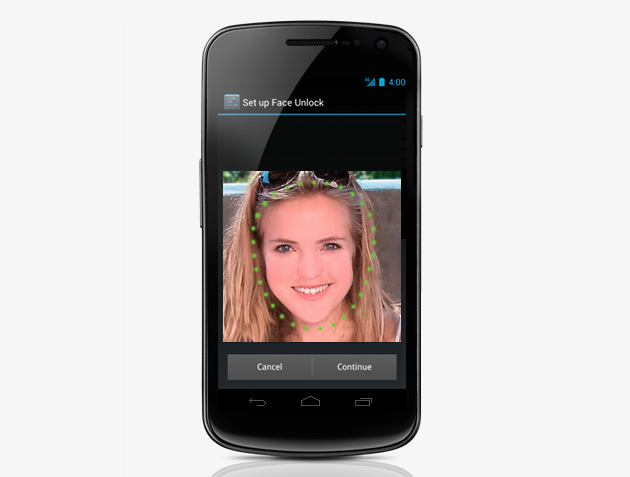 One of the more gimmicky features in Android 4.0 is that of face unlock. While it’s cool and makes for a great party trick, it’s really not the most secure (can be unlocked with a photo). When Nexus S owners were treated to Android 4.0, Face Unlock was omitted due to insufficient hardware but that didn’t stop the Android community from getting it anyways. Apparently the “insufficient hardware” was nothing more than the VGA quality of the front facing camera on the Nexus S. It is fully capable of performing Face Unlock but perhaps Google was worried about its accuracy with the low res camera. Either way, it’s now available thanks to a custom ROM that can be flashed by any rooted soul.

A couple of guys from the Android community were able grab the files out of the Galaxy Nexus and put them into a ROM allowing you Nexus S owners all the gimmicky goodness you could ask for. If you want to flash one of these ROMs and try it out, I first have to warn you that this may void your warranty, and second, be sure you konw what you’re getting into as the ROM itself may not function as smooth as expected. With that said, if you’re the tinkering type and want to feel like you’re in a mission impossible film, hit the source links below.