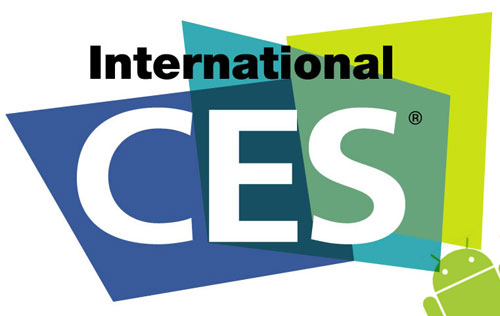 With CES only a few weeks away, we’re preparing ourselves for what is surely going to be an Android extravaganza. With Android activations surpassing 700,000 devices per day, it would be unwise for any company to ignore its strong market presence. This leads us to believe CES 2012 will be chock full of Android goodness. We’re going to dive into a few products and announcements we expect to see this year, along with a few things we’re keeping our fingers crossed about.

With Ice Cream Sandwich fully unwrapped and ready to go, we fully expect a plethora of devices to be showing off Google’s latest and greatest mobile OS. You can fully expect to see plenty of tablets, smartphones, and possibly even TVs to be running the tasty Android 4.0.

CES 2012 will be the year of the quad-core. NVIDIA made a huge splash this year with its Tegra 3 (Kal-El) quad-core chipset, and was first to make it to market inside of the ASUS Transformer Prime, but don’t expect the other chipset manufactures to take a back seat. Qualcomm, Texas Instruments, and even Intel have big plans for getting their chips into future Android devices. The problem will come in the form of “buzz words.” It’s certainly going to be hard for manufacturers like TI to convince others to adopt their multi-core processors with Tegra touting a much better sounding “quad-core” Kal-El (even if they offer similar benefits). I have to admit, I’m also guilty of getting excited over the word “quad-core.” Expect quad-core to shine, specifically NVIDIA’s Tegra 3.

The way of the dumbTV has passed and it’s time for the future. Almost every TV manufacturer has plans to integrate some form of “smart” into their TVs, and at the forefront of the movement is Android. A next “big” selling point for TVs will be whether or not they can connect to the internet, access apps, and whether or not they are fully integrated with mobile devices. Now I’m not talking about set top boxes (such as Google TV) but full fledged, Android integrated, Smart HDTVs. Expect to see almost every major TV manufacturer showing off a new Smart HDTV, and expect it to be running some form of Android.

Here’s something we’re hoping to see as there will be a couple of keynotes by top auto makers regarding the future of in-vehicle infotainment systems. This year there are over 480 “automotive electronic” exhibitors with in-vehicle technology exhibits at CES spanning more than 95,000 square feet of floor space. We’re hoping to see more Android involved and it’s certainly a possibility with Dr. Dieter Zetsche of Mercedez Benz expected to show off integration with Google’s Street View in its new vehicles. A vehicles dashboard has come a long way since the days of am/fm radios and with voice-activated telephony, GPS, information and entertainment technologies, the “smart” car is the wave of the future.

Of course we are barely scratching the surface of this gigantic exhibition and there is plenty more in store for Android at CES 2012. What Android related products would you most like to see at CES 2012?