While it may be possible to install and play regular Android games on your Android Wear watch, we recommend you don’t because it almost always results in a horrible user experience. Instead, why not play games specifically designed for the Android Wear platform, such as Tales of Pocoro, a new puzzle game that boasts more than 200 levels.

Android’s software library gets bigger and stronger each and every year, and that’s no surprise given that it now holds the largest share of the worldwide smartphone market. And there’s never been a better time to be an Android user from a third-party software standpoint.

Not only has Android caught up with the quantity of apps on iOS, but developers are helping it bridge the gap between quality, too. Apps like VSCO Cam, Cal, and Yahoo! Weather are proving that Android software can be just as beautiful as its rivals, while things like Cover and Fleksy demonstrate the important of its customization options — and the benefits of using Android over other mobile platforms.

Picking a small selection of apps for a Best of 2013 roundup hasn’t exactly been easy, then. This list could have been significantly longer than it is, but we’ve tried to condense it down and cherry pick the apps that really stand out. So, without further ado, here are the best Android apps of 2013. 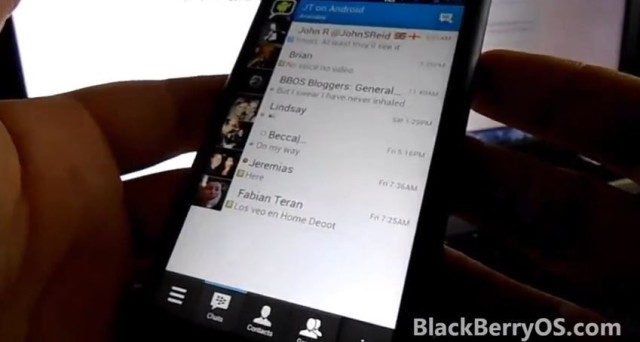 We’ve been eagerly anticipating the launch of BBM for Android since BlackBerry announced it back in May, but the Canadian company has done a pretty good job of keeping the app close to its chest ahead of its public launch. So aside from a few leaked screenshots, we really had no idea what it would look like or how it would perform.

But that’s no longer the case, thanks to the hands-on tour video below.

I don’t think I’ve ever downloaded an app that comes with an instruction manual, but it seems BlackBerry felt the need to create one for its upcoming BBM releases for Android and iOS. We’re expecting the apps themselves to arrive any day now, but the user guides have been leaked and they are already available for reading online.

UPDATE: There are some screenshots of BBM for Android at the bottom of this post.

By now you’re probably already aware that BlackBerry Messenger is coming to Android and iOS this summer, but BlackBerry has been pretty quiet about its release since it was announced. We don’t know exactly when the app will arrive — though we do know it’ll be by the end of September.

But the Canadian company has now begun making the BBM beta for other platforms available via the BlackBerry Beta Zone.