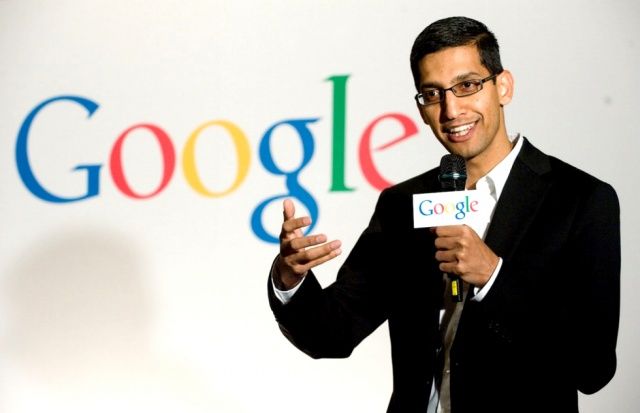 A lot of people think this means Android and the Chrome OS will be merged into a single operating system.

Although they’ve launched many services that you might call “social networks” at present they manage two social networks: Google+ and Orkut.

Google also has two completely separate initiatives for making and selling mobile hardware: the Nexus line of phones and tablets and Motorola!

The only logical way to unite the two would be to kill Chrome, then sell Android-based Chromebooks where there is an artificial lockdown on apps that require them to run from the cloud.

Actually combining the two would be like building a flying car. It sounds great, but in reality it’s a lousy idea.

The trouble with “flying cars,” also called roadable aircraft, is that the compromises necessary to unite these two vehicles results in every case in crappy cars and crappy airplanes.

Non-pilots think “flying cars” sound cool, but actual pilots rarely buy them. It’s much better to buy a 100% car and, separately, a 100% airplane.

The same would be true if you actually united Chrome and Android. The compromises you’d have to make in order to unite them could ruin both.

Let’s also remember that Google is working on a third operating system: whatever powers the Google Glass project.

I know, I know: it runs Android. But we’ve heard this kind of thing before.

Microsoft spent years trying to convince us that its various mobile operating systems were “Windows.”

When Steve Jobs announced the iPhone in 2007, he looked the world in the eye and said that the iPhone runs Mac OS X.

Companies always tell you that tiny new hardware runs the same operating system as the bigger hardware that’s been around for a while. But I can’t think of an instance where that has actually been true.

Google glass will almost certainly function as a peripheral device to an Android phone. But the device itself will probably require some sort of operating system functionality, and more importantly an app ecosystem.

So if I had to predict, which I do — I’m a professional, don’t try this at home — I would predict that a year from now Google will be managing three distinct operating systems: Chrome OS, Android and the Google Glass OS.

What’s wrong with that? Nothing!

The best case scenario is that users are given a choice between a really good cloud-based, browser-centric platform, a mobile, app centric platform other wearable computing platform.

It’s more important that each of these functions as a pure and constantly upgraded and perfected expression of the computing paradigm.

The goal of unifying platforms should be subordinated to the goal of perfecting user experiences.

And if there’s any company skillful at managing multiple, even competing, product organizations and product lines its Google.

So good luck to Andy Ruben and congratulations to Sundar Pichai — or vice versa.

From my perspective, it appears that the Chrome OS, Android, and the whole Google Glass project are looking more awesome by the day.

I doubt Google will “fix it” by unifying, because it ain’t broke.